Are YOU a Hypomanic? The Best-kept Secret in Sales. 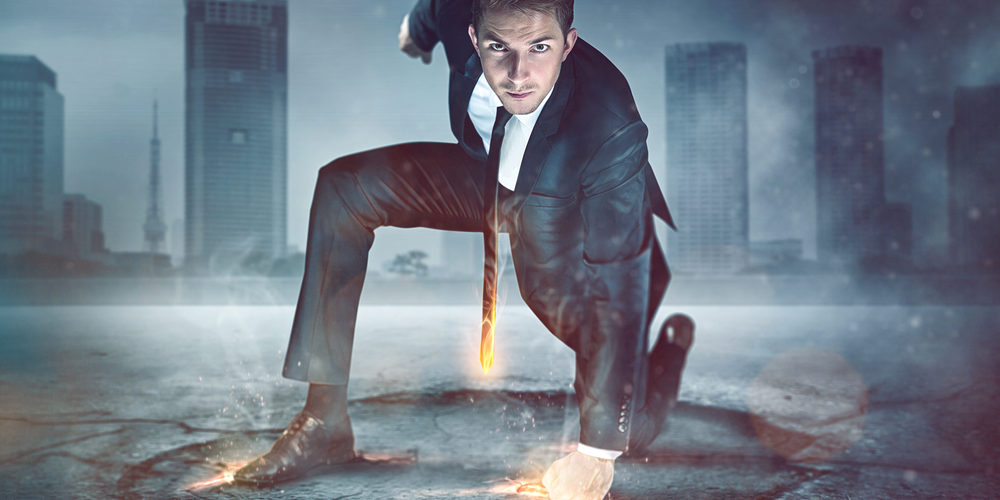 Dr. Kessler, a professor at Harvard Medical School, says “The goal in life is constant hypomania: you never sleep too much; you’re on; you keep going.” (Source)

A hypomanic person is someone who is “abnormally upbeat, jumpy or wired.” They have increased activity and energy. And they have an “exaggerated sense of well-being and self-confidence.”

Now what does this have to do with sales? And why is it a good thing to have hypomanic tendencies if you’re in the field of sales?

Well, let me tell you a tale of two salespeople…

The first guy Jake clocks in at 9:15am. He organizes his desk, checks Facebook, and chats with his colleagues. When 10am rolls around he makes three cold calls, then feeling tired he grabs an early lunch. In the afternoon he makes six more calls before scrolling on his phone the remainder of the day. He’s bored with life, apathetic, and cynical.

The second guy, David, clocks in at 7am. He picks up the phone and makes 20 cold calls before Jake even wakes up! Throughout the morning he’s hammering the phones with a smile on his face. He still has time and energy to visit with his colleagues and sales manager. After a quick lunch David’s back at it, making calls, following up with prospects, and building lead lists. You might even find him doing jumping jacks to get his blood flowing. He clocks out around 7pm.

Who do you think is more successful, Jake or David? Who’s bringing home a bigger paycheck, paving a better future for himself, and making a bigger impact on the world?

It’s not even a question, right?! David has the secret sauce to excel in sales at the highest level. People gravitate towards him and want to be around him. And it’s no surprise he’s the top salesperson not only at his company, but in his entire industry.

The Secret? David is Hypomanic

Now, before all the politically correct people jump down my throat, I understand that hypomania is related to bipolar disorder (a much milder version of bipolar disorder). And it does come with its disadvantages, so you may want nothing to do with it. That’s fine.

In other words, if you have David-like tendencies, you might be a hypomanic too. And if you are, you could have a very bright and illustrious future in sales. Trust me.

I’ve personally embraced the label. I’m a hypomanic and proud of it. I’m a polymath and an autodidact, too. I’m filled with energy, have loads of interests, and I’m constantly self-educating to get ahead in life. And when it comes to sales, I’m laser-focused and have the highest standards for myself and my team.

Think about it. The “symptoms” of being a hypomanic are almost all positive characteristics of top-performing salespeople. I’m always encouraging folks to build up the following traits to crush their sales numbers, which are all hypomanic symptoms:

The “Cheat Code” of Sales

I consider hypomania almost like a cheat code in sales… or a massive advantage or leg up. Of course, if you want to be successful in life, you’ll have to work hard whether you’re a hypomanic or not. But a little extra energy, drive, passion, and self-confidence never hurt.

Hypomanics can put in work. They not only have increased energy, they have increased exhilaration, too. This means many of them are in love with life. They see the glass half-full, and they see their God-given talents as limitless — and I’m talking Bradley Cooper Limitless.

Dr. John Gartner, a psychiatrist and author of “The Hypomanic Edge,” says “These are people who are always moving the goal posts. If they do well at one thing, they shoot for the moon.” (Source)

Another thing about hypomanics is their ability to truly engage people with their speech. You always hear me talking about tonality, which is really just engaging speech rhythms, inflections, and style. Hypomanics often do this without thinking. It’s their default-mode way of communicating. While it may take others years to master tonality, a hypomanic has it written in his or her DNA!

The Dark Side of Hypomania

They say there’s no such thing as a free lunch. In other words, there are downsides to everything, including hypomania. And it’s important that we touch on these.

If you’re a hypomanic and aren’t careful, you might fly too close to the sun and get burned. Because of your passion and can-do attitude, you might start more projects than you can finish (which isn’t always a bad thing). You also risk feeling like a ship lost at sea without any real direction but loads of unharnessed energy and excitement for life.

Also remember that you dream BIG as a hypomanic. So you will take big swings — more than most people — and you’ll strike out at times. But that’s typically fine because you fail fast and you fail forward. So don’t be surprised if one day you decide to cold call the CEO of P&G. That’s a big fish, but you’re capable (or at least you believe you’re capable!). If you get rejected, so what? Your resilience will take you back to the drawing board to figure out where you went wrong and try again.

Another thing to keep in mind is that hypomanic episodes can be fleeting. They might only last a few months, weeks, or days before “coming down.” So you have to capitalize on periods of hypomania by putting your nose to the grindstone and staying focused on your goals. Finally, when hypomanics aren’t making progress, they tend to exhibit agitated and irritable behavior. This is why it’s vital to have clearly-defined goals and be working toward them (a vision board isn’t enough; use checklists too!).

Hypomanics make rockstar salespeople, plain and simple. They are incredibly driven, highly productive, and most of the time they’re fun to be around and the life of the party.

If you aren’t a hypomanic, you can still develop the traits you need to excel at sales. It just might take more effort. Get up early in the morning, exercise, pray to God, meditate, practice positive affirmations. You can cultivate a winning mindset and start living a healthy lifestyle starting today. It might not come natural, but the best things in life require effort and hard work.

Or… maybe you are a hypomanic and you never knew. Well, now you know! And more importantly, now you know how to best leverage your condition and what to look out for. And on that note, as far as “conditions” go, hypomania is one condition that I just can’t seem to get enough of. Remember what Dr. Kessler said, “The goal in life is constant hypomania…”