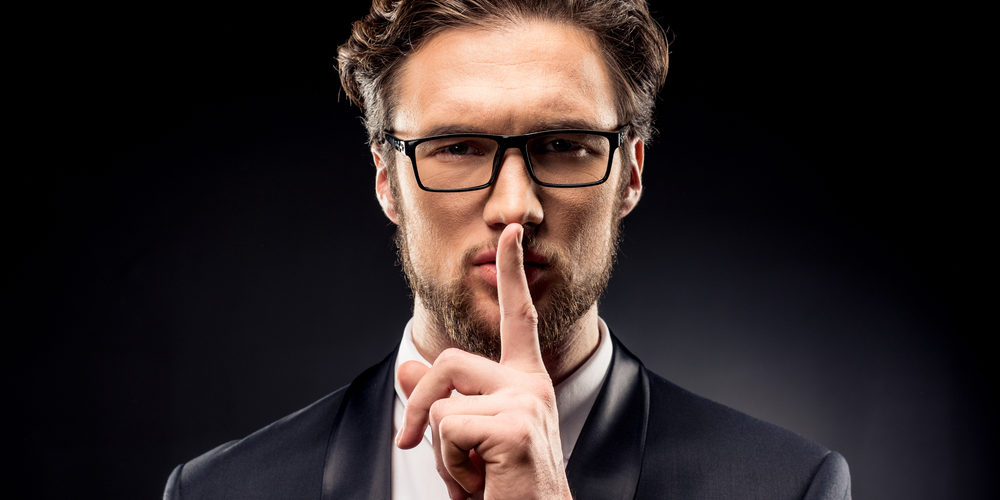 Awkward silence. Most people hate it. But it’s one of the top-secret tools of the best salespeople in the world. If you know what you’re doing, you can deliberately leverage silence to your advantage.

In fact, I’d even say silence is a salesperson’s best friend.

Don’t worry, I’m going to unpack it all in this article, starting with a story about the late Steve Jobs.

Steve Jobs wasn’t just a brilliant inventor and business magnate, he was also a persuasive savant. He used silence as a way to take control of difficult situations (sound familiar, outbound sales reps?).

In one public appearance, Jobs was put on the spot and was basically insulted by an audience member. Instead of immediately defending himself, Jobs went radio silent gathering his thoughts. You could cut the tension in the room with a knife. Finally, he spoke. Then he went silent again for another 10 seconds before continuing.

The silence completely changed the temperature of the room. It put Jobs back in a position of power. It put the proverbial ball in his court, and it gave him all the momentum he needed.

Folks, this is why we use silence in sales.

But there are some nuances to consider. When you’re on the phone with a prospect, you can’t just stop talking any ol’ time. You have to be strategic with silence. So let’s get into exactly what that looks like.

RELATED: Pattern Interruption in Sales and How to Do It

How YOU Can Use Silence in Sales

First off, you should always go silent for several seconds (8-10 seconds) after asking a question, give your buyer time to think. Unfortunately, it happens all-too-often that a salesperson asks a great question, the prospect goes silent for a few seconds, and the salesperson can’t stand it so he jumps in and starts yapping just to fill the silence. If you’re doing this, I promise it’s killing your sales numbers and undermining your long-term success.

Second, and most importantly, always keep silent after asking for the sale. Give it a good 15 seconds of silence (at least) because you never know if the words “Yes, let’s do this” are on the tip of your prospect’s tongue. But alas, I’ve seen salespeople start slashing their prices and discounting their offer by upwards of 25-50% because the silence became too much for them. Don’t let this be you. You must embrace the silence!

Why Silence is Golden in Sales

So much of this strategy goes back to the importance of S.A.L.E. When you speak, speak authoritatively. When you listen, listen empathetically. But the key is to listen more than you speak! And when you’re listening, you’re quiet, not scheming up ways to close the deal or even thinking about what to say next. Just listen.

RELATED: 7 Ways to Close Sales Without Being Pushy

We hate silence because we’ve been conditioned to live with noise coming at us from every side. From the news to social media, to billboards and commercials. Because of this “culture of noise,” we squirm at the thought of silence. Somebody say something already!

But remember, if you don’t learn how to leverage strategic silence, you’ll come off as a sweaty palm salesman. You’ll seem desperate for the sale. You’ll resort to word vomit instead of well-formulated thoughts. You’ll speak just to fill the void. And you’ll end up answering on behalf of your prospect. Do these things and you’ll cut yourself off at the knees.

On the other hand, adding a few silent pauses here and there will dramatically change the way your buyer (and the world) sees you. In fact, I encourage you to try silence in other areas of life. At PTA board meetings, at home with your family, when you’re out with friends. In addition to giving you a persuasive advantage, embracing silence also gives you a Don Corleone level of confidence and respectability. Just be sure to use your new-found power for the betterment of society.

It’s time to lean into the silence.