What U.S. Soccer Star Christian Pulisic Can Teach Us About Sales 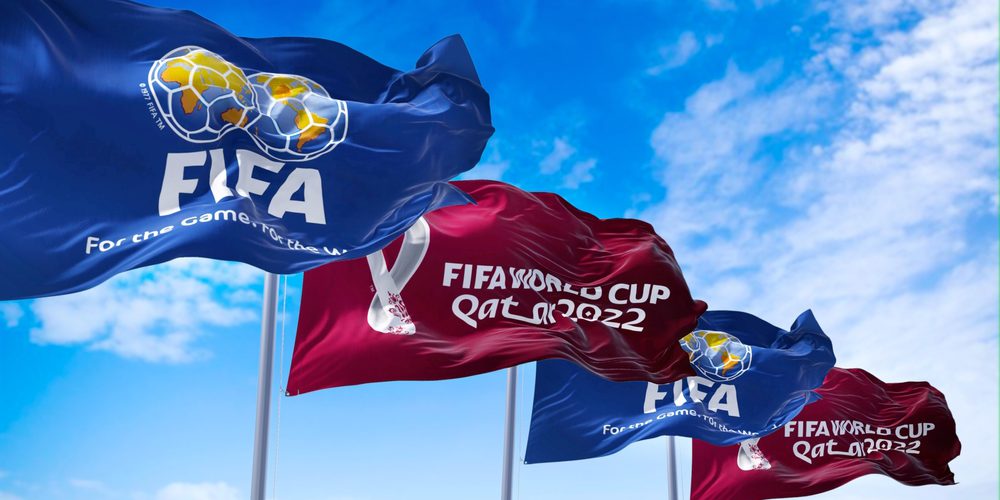 The 2022 World Cup is in full swing, and the U.S.A. national men’s soccer team gave it a valiant effort. Let’s learn what we can take away from the performance and use to succeed in sales. Specifically, let’s dissect the performance of Captain America himself, Christian Pulisic.

You’ll recall that we tied Wales (strong accomplishment), we tied England (they said it couldn’t happen), and we edged out Iran thanks to Pulisic’s game-winning goal. Finally, we took a loss in round of 16 against Netherlands. And with the loss we were eliminated from the World Cup.

While it’s back to the locker room for the players, it’s time for salespeople everywhere to tap into the sports psychology and the killer instinct of top performers. When the stakes are so high, how can we perform like world-class athletes? How can we rise up as the hero like Christian Pulisic? How can we write our names in the history books?

After all, if you’re reading this, I KNOW you don’t want to be just another salesperson taking home a paycheck. I know you have visions of greatness and legacy. So what does it really take? I argue it takes a handful of character traits — all of which can be learned. And thankfully, we can take a page from Pulisic’s playbook to see how we can make it to the big leagues in the exciting world of sales.

Great Salespeople are Self-confident with Nerves of Steel

Christian Pulisic began his professional soccer career with the German club Dortmund, where his manager Thomas Tuchel saw loads of potential in him. Tuchel said this of Pulisic: “The speed, sharpness, strength, sublime fitness and mature decision-making belied his age.” Tuchel went on to say “Pulisic is self-confident with nerves of steel, which is a wonderful combination.”

These characteristics are all vital for success in sales.

It takes speed to be the first to contact prospects. It takes sharpness to speak well and overcome objections. It takes strength to get up every morning and motivate yourself to give it your all on the phones. You need sublime fitness to stay energized throughout the day, week, month, quarter. And mature decision-making is an asset no matter your line of work.

But what I love most about what Tuchel said of Pulisic is his high level of self-confidence and nerves of steel. You can usually spot a sales superstar from across the room — as they hold their shoulders high with confidence. They are assured in their skills and abilities. And they have nerves of steel from taking rejection after rejection and still pushing through. These are the salespeople who understand that “No’s” are necessary waypoints on the road to “Yes.” Pulisic has these traits and uses them in every game he plays. And so should we.

Pulisic’s Dortmund teammate, Nuri Sahin, said this of Captain America. “He’s fearless […] He has so much speed, but what I like most is his first touch. When he gets the ball, his first touch opens up a huge space for him even if there’s no space.” That’s right, Pulisic’s character and style of play are all about charging forth and making space — making things happen. He explodes away from the pack.

When Pulisic went to play for Chelsea, manager Frank Lampard said Pulisic has a “direct attacking instinct. He has the talent to pass through defenders and run inside the box which is a great trait in the modern game.” Even to the point of sacrificing his body for the goal against Iran, Pulisic was ready and willing to do whatever it took to succeed and make his mark on the sport of soccer.

What is your instinct? Would you describe it as a “direct attacking instinct?” Do you walk into the office each day with a hunger for success? Do you attack the phones with all that you’ve got? This is what it takes to be counted among the top 1% of salespeople. It takes relentless drive and the desire to explode away from the status quo, make your way through the defenders (gatekeepers), into the box (c-suite office), and finally score a goal (deal won).

Do you have that tenacity when you wake up each morning? If not, thankfully it can be learned. A world-class mindset can be developed through discipline. Be disciplined to read a chapter every day from a book on mindset or sport’s psychology. Listen to Jim Rohn and other motivational speakers each day. Keep a journal to chronicle your successes and obstacles/challenges. Gain forward momentum — onward and upward — by eating a healthy diet, exercising daily, limiting time on social media and “doom scrolling,” and envisioning the impact you want to have on the world.

Obviously, more than phenomenal talent has made Pulisic successful. Other than raw talent and endless hard work, Pulisic is also a devout Christian (raised Catholic), which we can see played out in his life and on social media. I can say that having faith in God gives you a bigger and better “Why.” It puts everything in perspective and gives you an anchor of hope. Pulisic is also a chess player, so he has a strategic mind for positional play and predicting his opponent’s moves.

RELATED: Phone Sales Motivation – 6 Techniques to Fire You Up!

While the U.S. Men’s team got knocked out of the World Cup, we have many lessons to learn from the greatness we witnessed (especially during the U.S.A. vs. Iran game). It takes a team effort to win a soccer game, just like it takes a team effort to grow a company. But within every team there are usually a few guys or gals who simply want it more. They are the first on the field and the last off the field, so to speak. And they are the ones who don’t take “No” for an answer.

Whether you’re early in your career or a seasoned sales veteran, you have to adopt these winning mindsets to get ahead and stay ahead. Thankfully, we don’t have to guess at what a winning mindset looks like or feels like — it’s displayed on a world stage for all to see. It’s displayed in Christian Pulisic and his efforts in the 2022 World Cup.