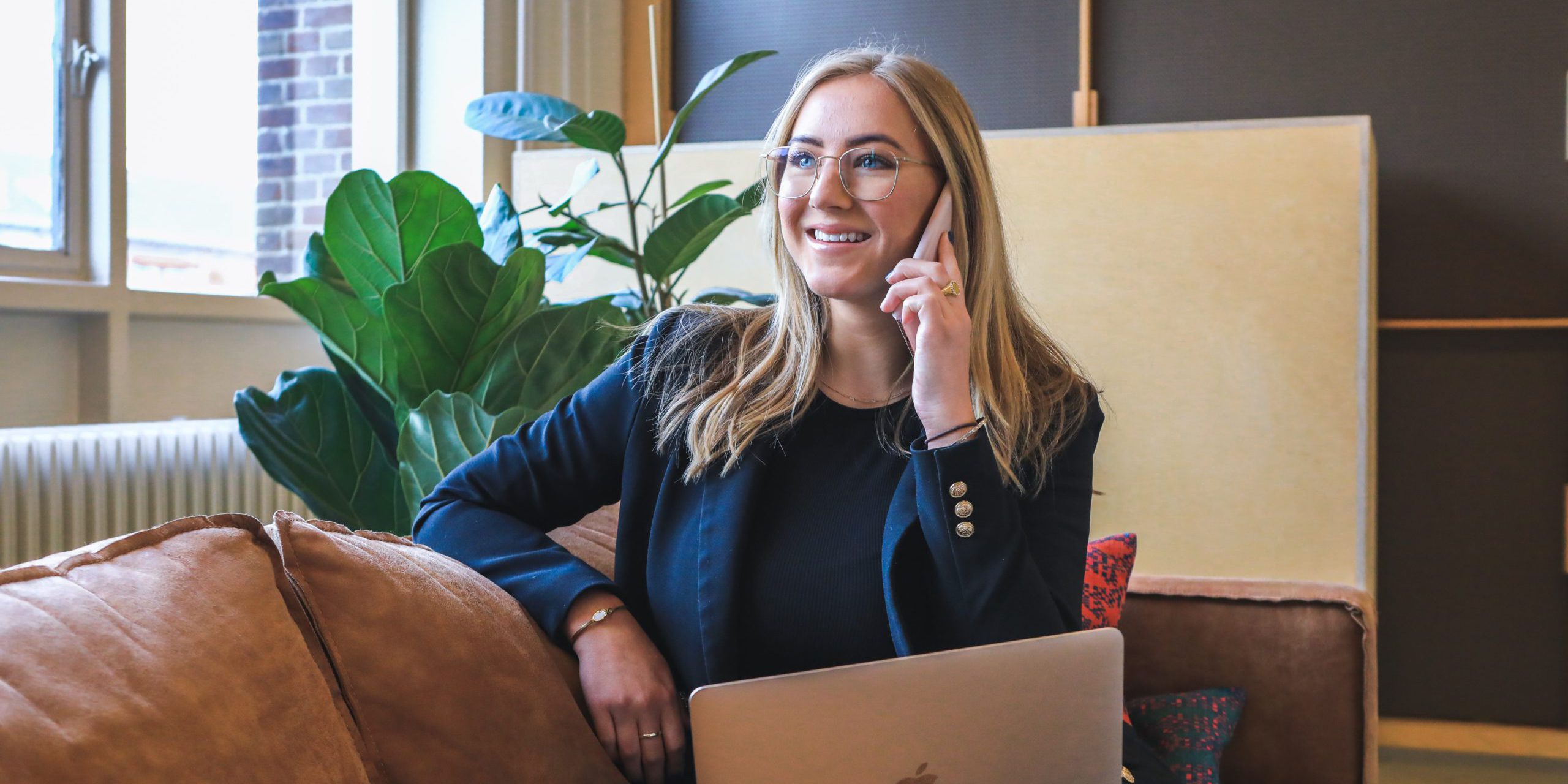 Cold calling in sales is incredibly effective, but only when it’s done with intentionality. This begs the question: When is the best time to cold call prospects?

Who stands a better chance at catching fish?

Without a doubt, it’s the fisherman who times his cast for optimal effectiveness. It’s the one who gets up early and gets to the fish before they become distracted and disinterested.

Now, I’m not saying the best time to cold call is in the early morning (I’ll get to that in a bit). What I want you to realize is that timing matters when cold calling more than you know.

Seems obvious, right? But it blows my mind how many sales leaders have their teams calling at the worst possible times of day. (The absolute worst time, by the way, is 1 pm on Monday when your prospect has just finished lunch and is lazy, distracted, and disinterested. Go figure.)

So today I’m sharing my data-driven insights on the best time to cold call prospects, along with the best days of the week to cold call. And you can take this to the bank, as my team has made hundreds of thousands of sales calls over the years, so this is coming from actual experience.

Let’s get into it.

RELATED: How to Reach C-Level Executives

Time Your Cold Calls Before or After Hours

Look, a lot of so-called experts will advise never to call before the workday begins, or after 5pm. They argue that it’s disrespectful and that you’re encroaching on the decision maker’s personal space and time. They are gravely mistaken. This isn’t football. There’s no such thing as pass interference in sales.

If your team times their prime calls between 8-9 am, you’re reaching the executive (we’ll call it the CMO) when her mind is fresh and she’s not busy with back-to-back-to-back meetings. And when you call between 5-6 pm, you’re reaching her when the meetings are over, she has already put out the biggest fires of the day, and she has room to breathe.

But… this golden hour right before and right after the traditional workday is also lucrative for one simple reason: The gatekeeper is out. And when the cat is gone, the mice can play.

So the best time to cold call is when the gatekeeper is gone.

Time Cold Calls at the Top of the Hour

Another strategy, which works best during the day, is to have your team make their most important calls on the hour, five minutes before the hour, and five minutes after the hour. This might seem arbitrary, but what you’re doing is timing the meetings of the day.

Most c-level executives end their meetings early, and this is the time to “cast the line.” He’ll be open to taking the call — and even if he only has a few minutes before he jumps into the next marathon of meetings, your salesperson only needs a few minutes to get an appointment on the books.

Cold Calling in the Work-from-Home World

Here’s the thing, even though “work from home culture” is the new normal, executive assistants and receptionists still have jobs. They’re still manning the gates. They’re still trying to throw a wet blanket on your hot prospect.

Ninety-five percent of the time the gatekeeper won’t just step aside and let you walk through the gate, as it were, and let you talk to the CMO. If they did, they wouldn’t last long before getting put out to pasture.

With this in mind, work from home culture really hasn’t changed the sales game that much. Even though their physical offices are empty, companies have the systems in place to stop your salespeople in their tracks. So timing still matters, and always will, when it comes to cold calling.

RELATED: 5 Ways to Know for Sure That You Have a Decision Maker on the Phone

Calling Prospects on Weekends and Holidays

All right, now we’re encroaching on the decision-makers personal space. I advise not to cold call on Saturdays and Sundays, for obvious reasons (sorry, not all is fair in sales and war).

It’s also not smart to dial on holidays. Sure, you’ll get past the gatekeeper, but would you want to take a call when you’re stuffed with turkey on Thanksgiving or lighting fireworks with the family on the 4th of July? Probably not.

That said, there are certain holidays that might be OK to cold call on (depends on the industry though). To me, these holidays are Presidents day, Labor day, and maybe Memorial day. But to be safe, just rule out holidays.

The Best Days to Cold Call

Some days of the week are statistically better than others for cold calling success. The single best day, I’ve found, is Wednesday. This is because my prospects are already in the full swing of the week, they have their footing and major projects are coming together. And since it’s only Wednesday, they aren’t exhausted from a busy work week; they have the mental bandwidth to take my call and hear me out.

The next best day of the week for cold calling is Friday. And more specifically, the best time to cold call on Friday is in the afternoon. Why? Well, Fridays are light on meetings, and even c-level executives get excited for the weekend. And when we catch our prospect in a good mood, they are more likely to book an appointment. Friday afternoons also tend to be slower with fewer distractions. Remember the early morning fisherman who finds success? This is the equivalent of the Friday afternoon salesperson.

The worst days to cold call are Monday and Thursday. Mondays aren’t great because the burdens of the week are top-of-mind for our prospects. They’re heavy-laden with big projects, strategy meetings, and, let’s face it, c-level execs can get the “Monday blues” like anyone else. And Thursdays aren’t the best days to cold call since it’s toward the end of the week, but still busy and chaotic. Remember the mid-afternoon fisherman contending with the hot sun and motorboats? Welcome to Thursdays. Fewer fish to be found.

If your team has a fresh list of direct mobile numbers, some of these rules go out the window. For example, there’s no reason to stress about a gatekeeper if you can dial the prospect directly, right? But your team still needs to pay attention to the rhythms of the week and dial their hottest prospects when the distractions of the day are at a minimum.

Of course, direct dials aren’t always possible, so you have to make do with the data and lists you have. But let me just say — if your team is predominantly cold calling from cold lists and having to bushwack their way through gatekeepers to (fingers crossed) get to the decision maker, then you’re doing it wrong. Instead of focusing on the best time and days to cold call, you need to rethink your approach and work on finding better lead lists.

If that sounds like you and your operations, feel free to reach out to me at C-Level Partners. We specialize in lead generation, and we can put your top salespeople in front of decision makers pretty much on demand. Your pipeline doesn’t have to be a trickle; it can be a faucet or firehose that you turn on and off at will.

RELATED: Cold Calling is NOT Dead

If your sales team is optimizing for effectiveness and meetings booked, then follow these principles I’ve outlined to a T. But if your team is just trying to get its you-know-what together, then the best course of action is to consistently pick up the phone and make calls, no matter the time of day. In fact, your team should be making calls all day long no matter what; but again these are just the best times that will catch you more fish, if you will.

The reality is, your crew must first build the muscle and get into a flow before they can optimize and fine-tune their approach. They can be practicing their “cast” even when the fish aren’t biting as much. What I don’t want to see is your sales team falling into the analysis paralysis trap. So just pick up the phone, make calls, and over time you can dial-in your timing (no pun intended).

And remember, the best times I’ve found to cold call prospects is early in the morning, during the one-hour window before the traditional workday begins. This is usually between 8am-9am, when the gatekeepers haven’t clocked in yet. The second best time to call is during the golden-hour, or the hour just after the traditional workday ends. And finally, the best days I’ve found for cold calling are Wednesdays and Fridays.

So there you have it — take this intel and run with it. You’ll be surprised by how many more pickups you get. And you’ll be surprised how your pipeline suddenly begins to swell. You may even need a bigger boat.